The 800 Series Controller has Decades of Improvements and Enhancements, Making it the World's Most Advanced MIMO Vibration Controller

With its advanced feature set, there is very little the 800 Series Controller hasn’t seen and conquered.

The Kinematic Transformation functionality takes your physical accelerometers and maps them to “virtual” channels representing the translations and rotations about a selected center point.  This has countless advantages over the traditional process of assigning a profile to a physical control accelerometer. 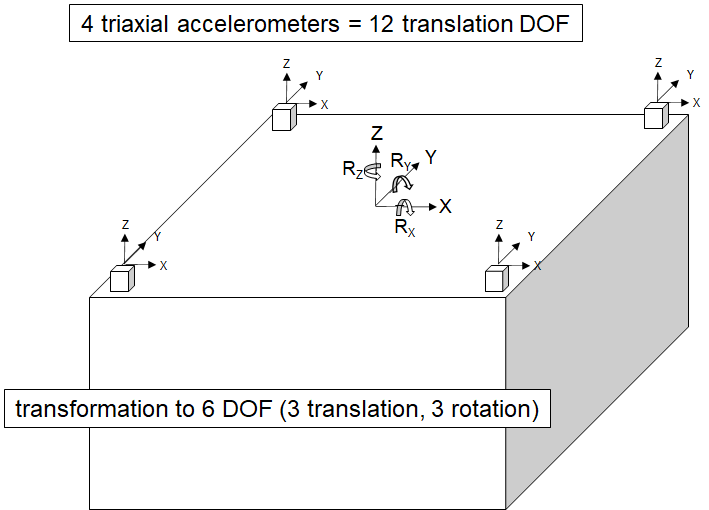 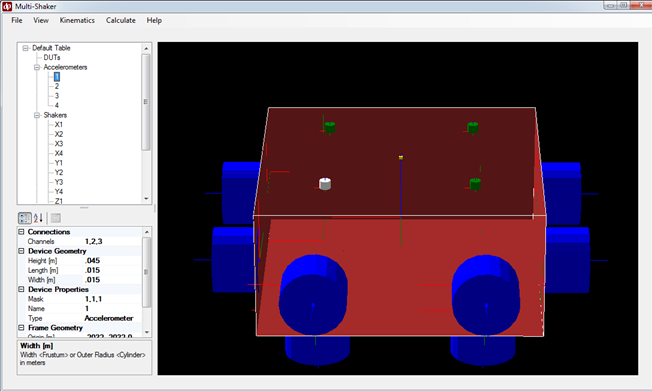 Notching is a critical part of testing a high value test article. The 800 Series Controller has undergone many optimizations in its notching algorithms and boasts a stable, fast notch response unseen in any other MIMO controllers.

Data from a 2-shaker, 4Oct/min MIMO 5-2000Hz Sine sweep with notching is shown below. Two ~20000lbf shakers were rigidly attached to a large, 14’x14′ T-shaped slip table.  There are countless resonances in the sweep band.  Two control points were controlled to be kept in-phase near the armature’s attachment points.  Notching was applied to off-axis accelerometers at various points around the slip table.  The controller maintains control through the countless resonances, while preventing all control/limit channels from even reaching +3dB of the reference/notch profile.  The only phase excursions happen when notching dips the control amplitude into the noise, where phase is not critical and can not be quantified well.

Notching performance is critical to protect valuable test articles – and the advanced notching algorithms in our MIMO Sine Controller outperform those seen in most single-shaker controllers.

The most advanced shaker table setups are over-actuated, and contain more actuators than rigid degrees of freedom. Bearings allowing for full six degree of freedom motion. Below is a TEAM Tensor – one such table with 12 actuators and full 6DoF motion.

There are 6 more actuators than are required for 6DoF motion.  But, the 800 Series controller drives all twelve actuators to control all 3 translations and 3 rotations simultaneously and doubling the force output compared to a system with 6 actuators.

The controller takes care to ensure that the actuators do not fight each other during test – which would damage the amplifiers or shakers.  It drives 12 actuators so that – when there are extra actuators in one axis – the force output is split evenly between them.  This is all done numerically and automatically, without even having to define which actuator is pointed in which direction.

At higher frequencies, the controller can use the additional actuators to counteract the table’s natural modeshapes (each seen as an extra degree of freedom) and keep the table rigid past its modal frequencies.  During a sine sweep or random test, the controller simultaneously uses 6DoF control at the lower frequencies, and counteracts the modeshapes at the higher frequencies where modes are present.  This is visible in the control plots – four control channels in each axis – all kept at the same amplitude (and phase – though phase is not shown in the plot)