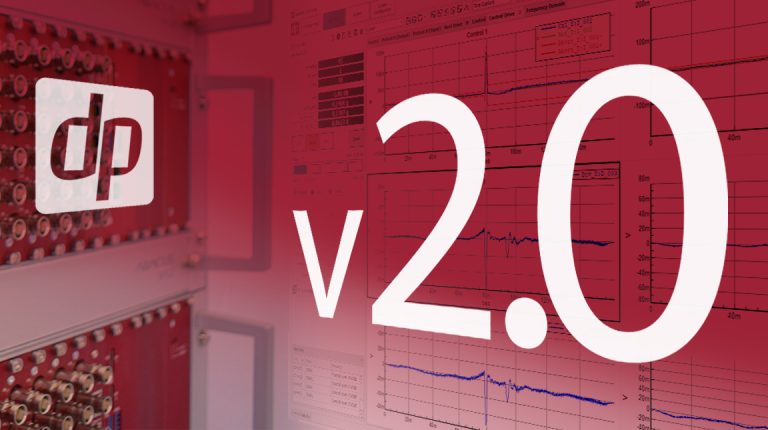 Data Physics is pleased to announce the release of Version 2.0 software for the SignalCalc 900 Series Signal Analyzers and Controllers. This version features the latest generation of Kurtosis in Random Vibration Control, and Multi-Shaker (MIMO) Classical Shock Control, as well as numerous new features and improvements — along with enhanced ease of use capabilities. 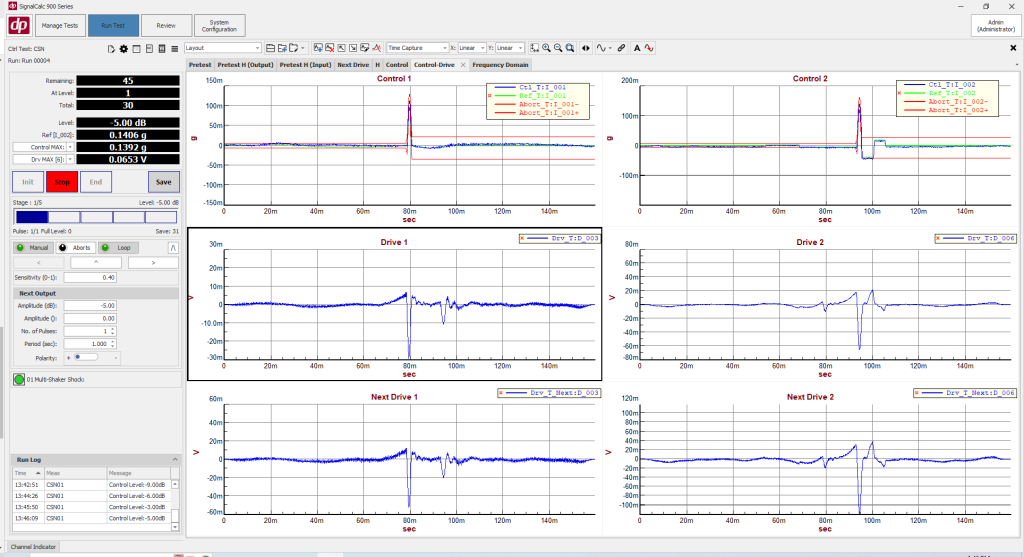 Running classical shock pulses in a multi-shaker (MIMO) configuration is now supported by SignalCalc 900. This new measurement allows the optimal – and safe – control of classical shock pulses with multiple shakers. This allows testing in multiple axes simultaneously; or allows the use of multiple shakers in the same axis to achieve higher force output without sacrificing control or safety.

Compare Signals Feature – Users can designate measured or imported signals as Lower Limit or Upper Limit, and compare measured signals against them.

64bit Environment – SignalCalc 900 now runs in a 64bit environment and requires a 64bit PC and operating system.  This enables memory-intensive computations to be executed on the PC, such as those used in MIMO Analysis and Control tests.

Programmatic Transfer of Data to External Applications – The programmatic transfer of time/frequency data (live or already-taken) from SignalCalc 900 is now possible.  The data transfer uses SignalCalc 900’s existing REST interface, and allows the transferring of any measurement signal that is viewable in the SignalCalc 900 software to your own custom software application.

Custom User Prompts for Run Notes – The ability to create custom Run Note prompts has been added to SignalCalc 900.  Run Notes are prompts that are entered by the user before every Run (such as Serial# or Operator Name) and they can be placed in Reports or on top of plots.